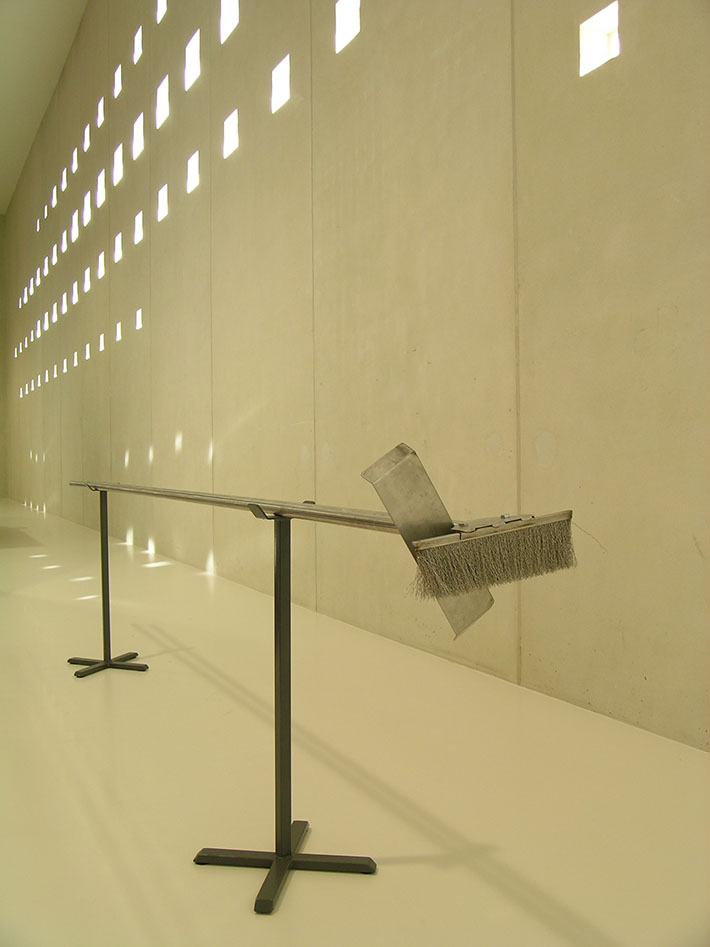 Last thursday we visited the ‘Heimolen crematorium’ in Sint Niklaas, Belgium. The crematorium was designed by the Dutch architecture office Claus & Kaan. The crematorium is built near an existing cemetery in Sint Niklaas the capital and major city of the Waasland region in East Flanders. Director Kris Coenegrachts showed us around and provided us with very valuable information. Not only about the design and workings of the crematorium, in which he was very eloquent but also some very interesting background information.  Crematoria in Belgium are in considered a public service, so it is not left to the market to decide if a crematorium is built. In contrast, in the Netherlands most of the the cremation facilities are left to commercial funeral companies.

What is very interesting for our research is to see whether politics have consequences on the funeral proces and the quality of the crematoria.

Crematorium Heimolen consists of three buildings:  a ceremonial building, a restaurant and the actual cremation facility. The first two are connected under a single big roof, while the cremation building is located in the back of the cemetery. The picture at the left shows the clean peaceful interior of the cremation room. People are offered the possibility to be present at the actual cremation of their beloved ones.

The organized and fresh architecture creates a very natural atmosphere which is at the same time intimate and warm. 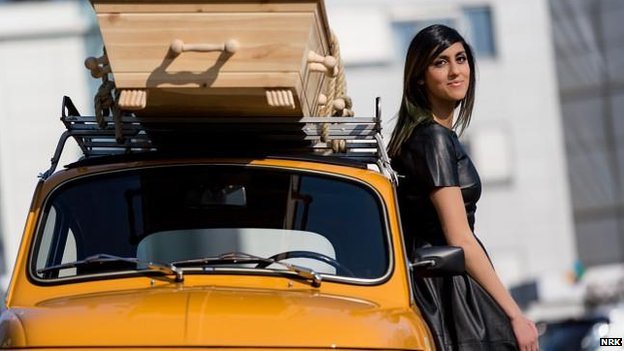 Norway’s ever-inventive national television channel NRK has moved from ‘Slow TV’ to ‘TV Macabre’ with “The Coffin”, which follows a set of celebrities planning their own funerals.

Each show in the series, which producer Nils Gelting Andresen describes as “a feel-good program about death”, ends with a practice-run in which the celebrity, for example, watches the coffin they’ve chosen be cremated. “People will hopefully feel that they are better acquainted with the guests and discover aspects of them they had not known,” Andresen told NRK.

NRK has developed an international reputation for its series of ‘Slow TV’ programmes, starting in 2009 with centenary of the Bergen railway line. Rather than commission a conventional feature programme on the line, NRK instead decided to stick a camera on a train and broadcast the entire seven-hour trip from Oslo to Bergen, interweaving archive footage to liven up the programme.

Remarkably, it was a roaring success, with 1.2 million viewers, nearly a quarter of the population of Norway, tuning in for at least part of the trip. Since then, the network has broadcast a cruise journey, a fire being slowly built and burned, and more recently, the knitting of a jumper, starting with the original sheep.

The first programme features Bjarne Brøndbo, the lead singer for Norwegian rock band D.D.E, who is shown decorating the coffin he would like to be cremated in. “It is very strange to see the coffin here,” he says. “At the age of almost 50 years, you do start to think a little that life has an end.”  “According to my wife, I think I’m immortal,” he says. “Actually, I’m terrified of dying, and that’s why I try to live.”

The singer decorates his coffin with the inscription “Rai Rai”, a reference to the band’s biggest hit, as well as the names of several members of his family, including his mother. “My wish is that people should not be so very sad at my funeral,” he says. “Afterwards, I hope that people meet to share stories over dinner, wine, coffee and brandy.”  He wants the song “Where roses never die” to be played, as is traditional for his family.

The other celebrities taking part include the TV presenter Thomas Seltzer, and the adventurer and presenter Jarle Andhøy.
The Local

How a furnace room is re-evisioned for the crematorium Westlede in Belgium. Also with director Kris Coenegrachts who we spoke with at Heimolen.

source: furnibo.be
The name of this crematorium in Kortrijk Belgium translates as ‘view’ which seems odd when you realise this building is for the most part underground. The building designed by the Portuguese architect Souto de Moura is very intriguing, and only when you leave the building in the end you understand why the name is perfectly chosen.
The director Jan Sabbe generously received us and told us all about the crematorium and its context. It was interesting since we are slowly beginning to understand the influence of local culture and habits on the everyday functions of crematoria. We can’t wait to explore more. 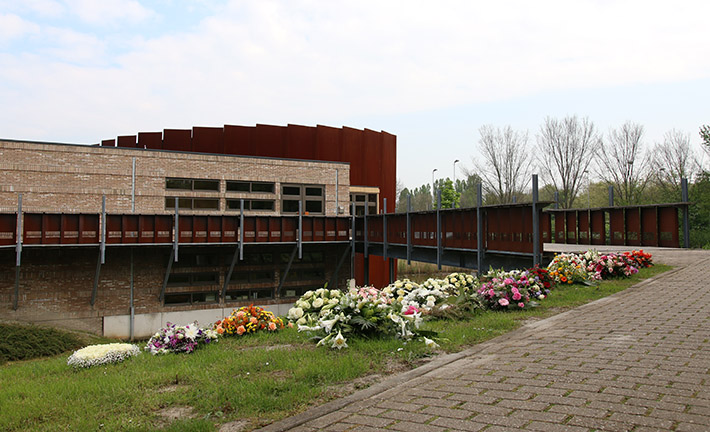 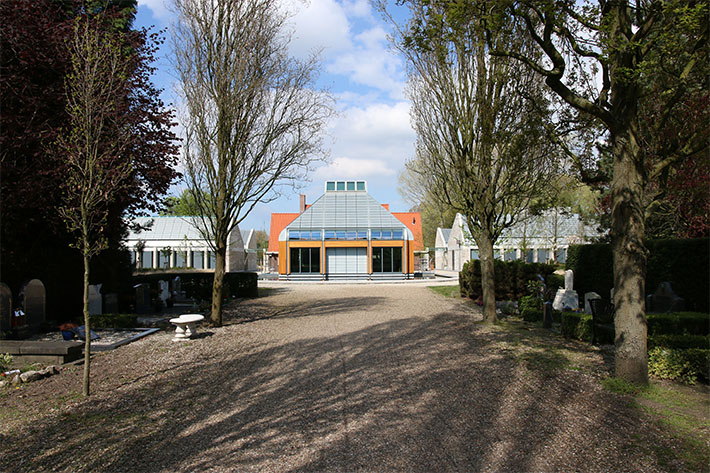 Today I visited the ‘Nieuwe Noorder’ a crematorium designed by architects Gianni Cito and Herman Zeinstra. This absolutely beautiful building was built at an existing cemetery in the Northern district of Amsterdam. I was given a tour around the building by the manager Dick Devente and architect Gianni Cito, both provided very valuable information for our research.

The transparent architecture creates a very open atmosphere which is at the same time intimate and warm. The freshness of this design is also very striking, it is not stressing the sadness and sorrow, no depressions here.. instead there is the melancholic humming of bees and birds singing the blues in sunny trees. 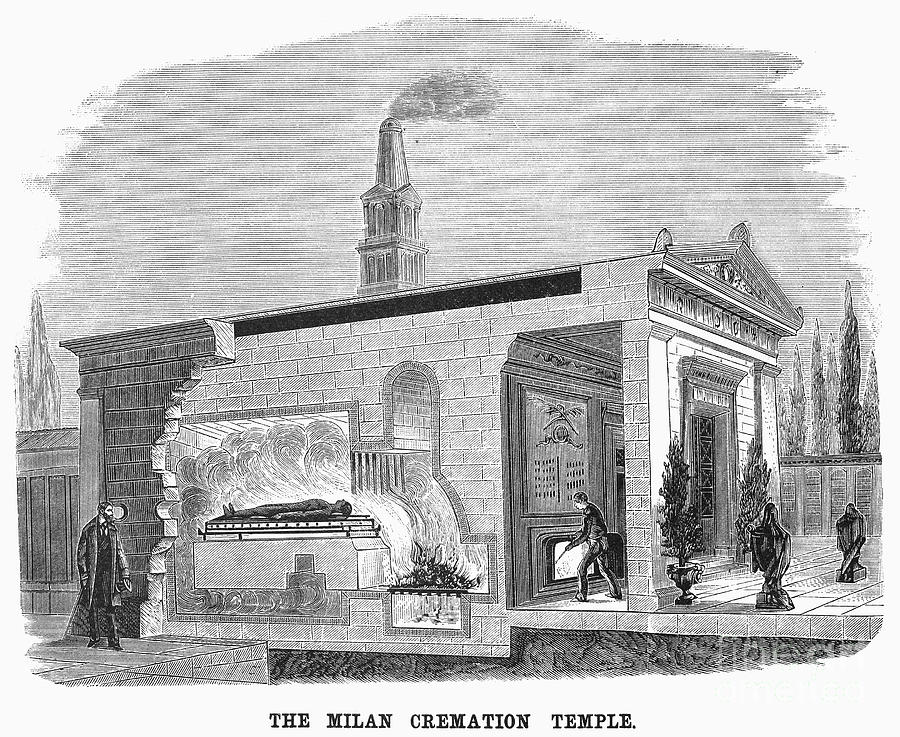 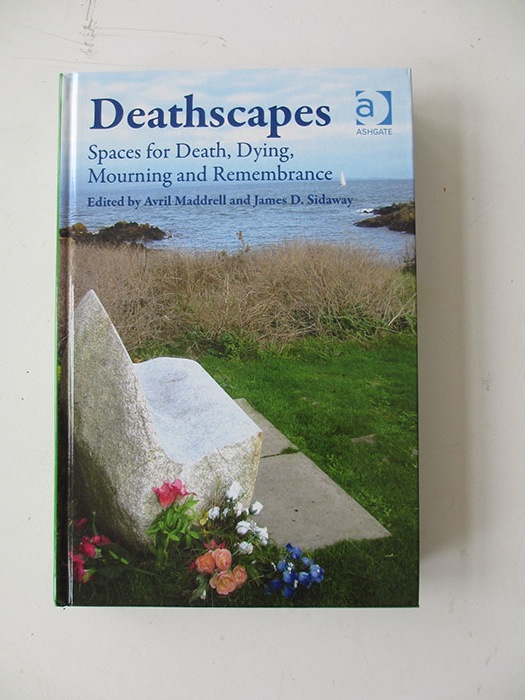 Death is at once a universal and everyday, but also an extraordinary experience in the lives of those affected. Death and bereavement are thereby intensified at (and frequently contained within) certain sites and regulated spaces, such as the hospital, the cemetery and the mortuary. However, death also affects and unfolds in many other spaces: the home, public spaces and places of worship, sites of accident, tragedy and violence. Such spaces, or Deathscapes, are intensely private and personal places, while often simultaneously being shared, collective, sites of experience and remembrance; each place mediated through the intersections of emotion, body, belief, culture, society and the state.
Bringing together geographers, sociologists, anthropologists, cultural studies academics and historians among others, this book focuses on the relationships between space/place and death/ bereavement in ‘western’ societies. Addressing three broad themes: the place of death; the place of final disposition; and spaces of remembrance and representation, the chapters reflect a variety of scales ranging from the mapping of bereavement on the individual or in private domestic space, through to sites of accident, battle, burial, cremation and remembrance in public space.
The book also examines social and cultural changes in death and bereavement practices, including personalisation and secularisation. Other social trends are addressed by chapters on green and garden burial, negotiating emotion in public/ private space, remembrance of violence and disaster, and virtual space. A meshing of material and ‘more-than-representational’ approaches consider the nature, culture, economy and politics of Deathscapes – what are in effect some of the most significant places in human society. 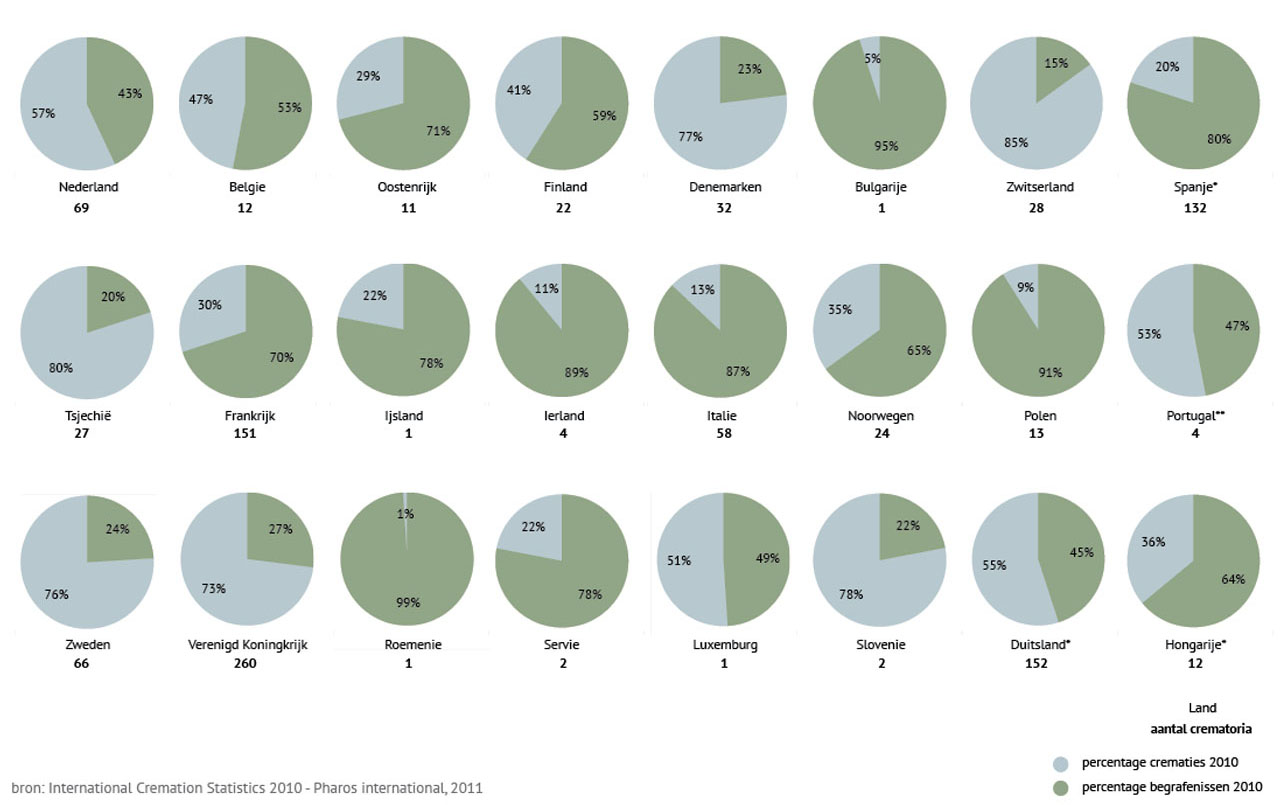 Rituals and habits in Europe, in the history of death!

Every man has thought about death. Every nation and every generation is intrigued by the final destination of body and mind. Dead has therefore always got a special place among the living. Mummified, or hair, heart, bones cherished. Or entrusted to the earth,  to nature appears’ disposal by incineration. Which way human choose for a dead body, there was left a memory somewhere. A headstone, a simple cross, an immense mausoleum.
This book gives a unique perspective on the distinctive European dead-culture.